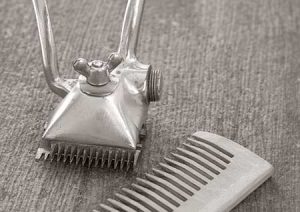 Often, we overlook the significance of small “things” and the resulting positive impacts they can have on your life and career.

My Grandfather never lost his job during the Great Depression. He was an immigrant from Ireland and was processed through Ellis Island, ending up in New York City. He became an auto mechanic apprentice and soon was a very solid mechanic in a car dealership that had several mechanics on staff.

The owner took a liking to my Grandfather because of his skill, and when the Depression hit the dealership hard, he pulled my grandfather aside and told him he would be keeping him on despite the hardship. My grandfather graciously thanked the owner but asked why he was being kept on while others, more senior, were being let go.

The owner smiled and said, “Peter, you are a fine mechanic, but I noticed how well-groomed you always are. It is clear that you take pride in your personal appearance even though you work in a dirty garage all day. If you take that much pride in your appearance, then surely you will take pride in all of your work. That’s why I’m keeping you on!”

You see, my grandfather had a thick brush of hair that he kept immaculately trimmed. Every Sunday night without fail, my grandmother Alice, would sit him down in the kitchen with a towel around his shoulders and trim his hair. Long after he retired the same attention to his appearance continued and he was lucky enough to have his full head of thick hair his entire life.

So, the next interview you find yourself going to, put on the tie, shine your shoes, greet the interviewer with a firm handshake and look them in the eye, because sometimes it’s the little things that can make the biggest difference!